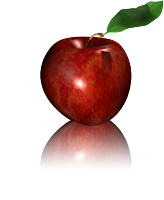 I had a dream – not in the Martin Luther King, Jr sense of the word – more in the Freudian way – last night . . . about flying.  It was complicated – inside the huge craft – sort of a combo airliner and space craft – was a corporate world. I’ve recently watch the 1st season (thank you Netflix) of the Sci-Fi TV series Continuum. In that craft there was a busy business world of employees – some thriving and a few about ready for the ax – I was trying to encourage the stragglers while enjoying the overall ambience of success -- I was (possibly?) a guardian angel. At one point I had a pleasurable ride outside the plane on the wing – but by the end of the dream I was admiring the beautiful apples they had grown – not on trees – but squat apple bushes that could be grown in the craft.


How does all of this relate to genealogy? I believe it was all about genealogy.  Hmm, what family was I working on last night? Since I’d covered given names, it was time to look at the meaning and origins of surnames. One of my most favorite of our surnames is – can you guess? There’s a clue in my dream.  Yes . . . it’s Apple. Isn’t that a sunny, wonderful name?


Back before I knew there were Apple’s in our family there was a feel-good television series, dubbed a dramedy, called Apple’s Way.  It was the creation of Earl Hamner, Jr. If the name doesn’t ring a bell, possibly you’d recognize his vastly popular series, The Walton’s. Apple’s Way was on the tube in 1974-75.  Ronnie Cox starred as George Apple – and maybe this is why I liked it – it was about a family tired of the city (Los Angeles) who moved back to their roots in Appleton, Iowa.  How can I fault anyone for doing that? Of course, I’m in San Diego and you don’t see me beating a retreat to my snowy home state of Iowa – but, I’d sure like to have the money to buy the old ‘Shaffer’s Ranch’ for a family vacation home – so maybe I’m more like George Apple than I thought.
Eventually, I was thrilled to find Apple’s hanging on our family tree. Here is the meaning given the surname Apple/Appel/Apfel courtesy of ancestry.com:


English: from Middle English appel ‘apple’ (Old English æppel), acquired as a surname in any of various senses: a topographic name for someone living by an apple orchard; an occupational name for a grower or seller of apples; or a nickname for someone supposed to resemble an apple in some way, e.g. in having bright red cheeks. The economic importance in medieval northern Europe of apples, as a fruit that could be grown in a cold climate and would keep for use throughout the winter, is hard to appreciate in these days of rapid transportation and year-round availability of fruits of all kind. Americanized form of Appel or Apfel.


When I Googled the meaning of surnames they sent me to a great feature of ancestry.com/learn/facts.  Hey, I just Googled again and they started the page with the meaning of the word surname, so if you don’t know, here goes thanks to Google:


Surname -  sur·name
The surname meaning is only one feature of this cool page.  Ancestry gathers what they know about a family (in a general sense) and presents here.  For the name ‘Apple’ they offer a search box to look for specific Apple’s; and tell you that there are 208,896 Historical Documents and Family Trees with Apple on Ancestry.com (these are broken down by category). Next there is a U.S. map explaining the value of census records. This is a 1920 map showing the numbers of Apple’s in each state. The largest by far are Ohio, Indiana, and Pennsylvania. Now doesn’t that sounds like apple territory?  The Apple’s were early Ohio pioneers, of course, or they wouldn’t be part of this project.


Next on ancestry’s Apple page are six categories with pull-down windows.


#1 is “Apple Family Origin” – without repeating all of the information I’ll tell you that the vast majority originally came from Germany.


#2 is “Apple Immigration Information” -- this chart often doesn’t serve our families as it reflects immigration from 1851 to 1889.  Most of our families came in much earlier.  However, there is a link to look at ‘all Apple immigration records’ if you care to sort through them.


#3 is “Average Life Expectancy for Apple” – these records are from the Social Security. The chart shows that the life expectancy in 1940 was 31.  You may wonder why so young?  All of the family records start very low, so I’m thinking it has more to do with the number of people registered for SS at that early date. The first SS card was issued in 1936. In 2001 the life expectancy was 77. That’s pretty good for an apple, wouldn’t you say? It is no doubt, higher now.


#4 is “Apple Family Occupations” – These are very general categories taken from the census records. There may be 5 doctors, and 3 lawyers but they won’t show up – this shows the large categories and whether or not they exceeded the general population in a particular occupation such as farming.  I dare say that all our family names, in their example of 1880, come up with farming at the top of the occupation list. So . . . The percentage of the larger population involved in farming in 1880 was 35% but 46% of all Apple’s were farming.


#5 is “Apple Civil War Service Records” - There were 268 records in total. In a brother against brother war – there were 92 Confederate soldiers and 176 Union soldiers.


# 6 is a link that brings up the Apple Message Board – a useful tool in looking for your Apple’s who have fallen off the tree.  You are not in this alone, there are others out there looking for Apple’s and they might know something about yours.


At the bottom of the page is another search box to look up another surname, so that you can use this useful page for every name on your tree.  Can you tell I’m an ancestry.com fan?  I am, and they keep getting better all the time.


Here are 2 other interesting names on our family tree:


English (especially Yorkshire) and Scottish: occupational name for a fuller, Middle English walkere, Old English wealcere, an agent derivative of wealcan ‘to walk, tread’. This was the regular term for the occupation during the Middle Ages in western and northern England. Compare Fuller and Tucker. PWH As a Scottish surname it has also been used as a translation of Gaelic Mac an Fhucadair ‘son of the fuller’


(Not only do we have Walker’s on our tree – my granddaughter is marrying a Walker next month!)


English: from Rol(l)ant, a Norman personal name composed of the Germanic elements hrod ‘renown’ + land ‘land’, ‘territory’ (or + -nand ‘bold’, assimilated to -lant ‘land’). This was popular throughout Europe in the Middle Ages as a result of the fame of Charlemagne’s warrior of this name, who was killed at Roncesvalles in ad 778.English: habitational name from places in Derbyshire and Sussex, so named from Old Norse rá ‘roebuck’ + lundr ‘wood’, ‘grove’.Variant of German and French Roland.

Have fun researching your names! 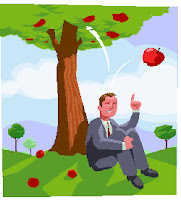