There aren’t many people named Amanda from the early 1800s so how hard can it be? How could a woman have lived, married, produced six children who survived childhood, moved lock, stock, and barrel from Ohio to Iowa, and no record of her family connection anywhere except her tombstone.


Who knows, maybe she was christened with another name and affectionately called Amanda by her husband, William Cullins.  Or, maybe she said to him, “If you can be  Bill don’t call me MayBell. I want to be Amanda.”  Whatever the case, she is my 2nd great grandmother and I’m trying to link her to the many Cordray/Cordrey/Cordry families from Ohio.

My great grandmother, Hannah Cullins, told my grandmother that her mother Amanda’s family was haunted by tragedy and bad luck. Their home was lost in a fire where all family goods and records were turned to ashes. Worse than that, it may be that Amanda and her siblings were orphaned in that fire – losing one or both of their parents.  This is where my memory gets fuzzy as I’m not sure if the parents were lost or just the things. Still there must be a record somewhere of this fire, or a Cordray family with a daughter named Amanda before that fire.

I love census records. They are a tremendous help to genealogists. The old ones are riddled with inaccuracies, but still give us so much information that would have otherwise have been lost – especially after 1850. Why after 1850 you may ask?  The census records prior to 1850 only named the head of household and numbered the rest living in that household. So much information is missing because wives and children weren’t deemed important enough to name. I don’t know who or what created the change, but bless them! From 1850 on all members of the household are named, including servants or anyone living with the family.

Amanda was born in 1834, so the 1840 census doesn’t show which family she is in. She doesn’t show up in the 1850 census. She was 16 and could have been helping out at a neighboring farm and listed with them or married. In 1850 William Cullins, who was older than Amanda, was still living with his parents and siblings. By 1860 both William and his brother John have moved their families to Fayette County, Iowa. Their mother, Dorcas Meredith Cullins, also moved to Iowa. Here's the kicker - I can find a marriage license for William Cullins and Mary Jane O'Neil on 31 Oct 1854. Who is this? Did Mary Jane assume the name Amanda when she arrived in Iowa? Did William marry Mary Jane and then run off with Amanda? Did my grandmother get her surname wrong, when she seemed so sure of it.  Was Amanda Cordray her 'real' name and after the fire was she taken in by the O'Neil family and given a new name - and, once married and on her own took back her old name? She is a mystery.
Amanda is with the Cullins in Iowa, of course, but who are her people?  William and Amanda named a son George W and there is a George Washington Cordray who would have been of her father’s

age. Is George W Cullins named after her father?  To further the Cordray research I’ve temporarily connected Amanda and George Washington Cordray as father and daughter, but this is only an assumption on my part.


In between running out to see fireworks displays, assuring my dog, Beatrice, that the world wasn’t coming to an end – oh, and in the end she actually watched the sparkly things in the sky – I searched the census for every possible family for a child named Amanda. These days you can find Amanda Cordray on Facebook, Pinterest, or Twitter (but not my Amanda - wrong century) and I've plastered her name on genealogy message boards – AMANDA b. abt 1834 WHERE ARE YOU!!! 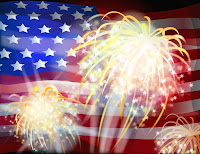 Posted by aquilagold at 1:38 PM