A Rose by Any Other Name is a Vampire 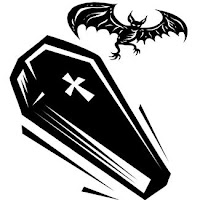 I’ve mentioned in an earlier blog that there were various spellings of the name Cullins/Cullens/Cullen. One of the most important is the one I didn’t mention – Collins. The following name definitions came from ancestry.com and they quote their source as: Dictionary of American Family Names ©2013, Oxford University Press
Cullins Name Meaning:  Variant of Irish Collins
First, as you see, it says right out that Cullins is a variant of Irish Collins.
Collins Name Meaning
Irish: Anglicized form of Gaelic Ó Coileáin and Mac Coileáin (see Cullen 1).English: patronymic from the Middle English personal name Col(l)in, a pet form of Coll, itself a short form of Nicholas. Americanized form of French Colin.
Cullen Name Meaning
Irish: Anglicized form of Gaelic Ó Coileáin ‘descendant of Coileán’, a byname meaning ‘puppy’ or ‘young dog’.Irish: Anglicized form of Gaelic Ó Cuilinn ‘descendant of Cuileann’, a byname meaning ‘holly’. Scottish: habitational name from Cullen in Banff, so named from Gaelic cùilen, a diminutive of còil, cùil ‘nook’, ‘recess’.English: habitational name from the Rhineland city of Cologne (Old French form of Middle High German Köln, named with Latin colonia ‘colony’).English: variant of Cooling.
The names are more or less interchangeable. I can imagine that a family named Collins would immigrate to America and the name could be corrupted by American accents, or read incorrectly from the hand written records. The children of these immigrants were often less well educated than their relations in England and Ireland as the families moved into the wilderness where there were no schools. Spending time in school, should there be one, was a luxury as the older children were needed to help with farming. Whatever the reason – I’ve found that some researchers say our early immigrants were Collins and others Cullins.  Cullins was the maiden name of my Great Grandmother, Hannah. She may never have known that the name was once Collins.  We, looking back on the many generations, have a better view of the evolving name.  The fact that our early immigrants lived in Virginia with its soft, slurring, lovely southern accent may have played a part. 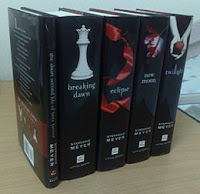 John Sr. and Jr. when they went to Ohio were using the name Cullins.  Yet John Sr.’s father Edward may have been known as Edward Collins – but most likely was Edward Cullins (or, if you will - Cullen). These days such a name brings vivid pictures of our favorite vampires a la the Twilight series. It is interesting to contemplate our forebears as vampires (hopefully falling in the ‘good vampire’ category). How fun that our Edward Cullins can draw forth an entertaining fantasy.
﻿﻿ 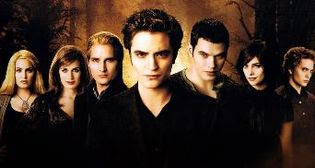 Right now I have to leave Edward Cullins and his father John Collins in the land of myth as they didn’t dwell in the rugged wilderness of Ohio. But maybe someday our family, like Caroline Kennedy and her father, President John F. Kennedy, will retrace the Cullins/Collins journey with a trip to Ireland – a land of magic and mystery – to see if the Cullins set sail in comfy coffins.
Posted by aquilagold at 12:02 AM