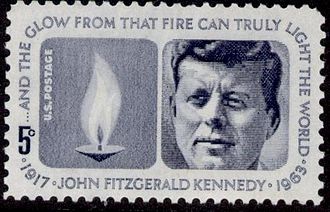 I perched on edge of the seat pouring over my notes – a left-hander in a right handed desk. I’d done okay in high school speech but this was a class of nearly 100  Sophomore wanna-a-be speech pathology and education majors – and I didn’t ‘wanna be’ there, or a teacher, or a speech therapist. I was a foreigner among homies in Lincoln, Nebraska. Three months earlier I married my Freshman-year sweetheart and gave up my political science major and dreams of Foreign Service. I couldn’t expect my husband to follow me around the world. No, instead I’d follow him into ‘the wild blue yonder’ as an Air Force wife. Crazy, right? I have no excuse except this – it was 1963.
It was November 22 to be precise. The young professor who, on another day, purposely embarrassed me in front of this class for mispronouncing a word (My pioneering Iowa family hadn’t picked up the fine distinction between ‘jist’ and ‘just.’ ) was looking over her list of speakers for the day.


A girl wrenched open the door and 100 heads swiveled toward her as she yelled -- “The President’s been shot!”  This was not something that happened in the United States, at least, not in modern times, so the 200 eyes blinked in astonishment and disbelief.
“No, it’s true. This isn’t an Oklahoma joke.” were her exact words. It was football season and our annual rivalry with Oklahoma U was super-charged by the bonfire rally on the night before. Go Huskers!

If it wasn’t an Oklahoma joke then it must be true. President Kennedy was shot!


While heads swiveled back to attention, and we quietly whispered and wondered if he lived or died, it was obvious that Fräulein professor was an irritated-at-the-interruption Republican. Believe it or not President Kennedy was not universally popular, his reelection was not a shoo-in. I was stunned. My folks were citizens of Camelot and I’d met, then Senator, Kennedy in 1960.
We heard the classrooms around us being dismissed and then thundering through the halls and down the steps, leaving us in a building as quiet as a mausoleum. Now we were all on the edge of our seats wanting a radio, a TV, and loved one to hold . . .


“No,” she ordered the class, who as a body was ready to flee, “sit down!” She took a quiet moment to scan her list of speakers . . . I could almost hear the turret of a Nazi tank turn as her finger found a name and her eyes aimed at me . . .
Posted by aquilagold at 9:35 AM