[There's a song at the bottom!] 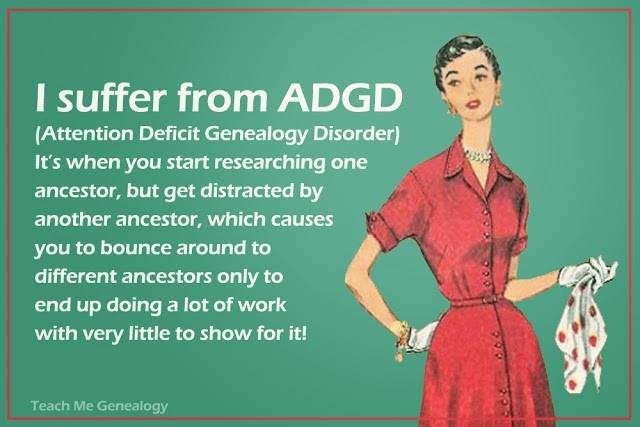 Okay, here’s the deal. . . I have this disease called ADGD. The above picture was posted on Facebook by one of my genealogy wielding 3rd cousins, whom I love dearly. It’s meant to be funny (I’d love to give credit for the picture, but I don’t know where she got it). It is in no way meant to poke fun at those with ADD or ADHD. Still I think most genealogists will agree that they have a problem with ADGD, which if you are trying to accomplish anything, can be a very real problem.
At Christmas I promi told my family to expect an “Ohio family-of-the-month” until the workbook I sent them was complete. That would mean I’d need to send one family’s information in January, right? Today is January 30. Yikes! It is a given that January is a very busy month for me in other ways but you’d think I’d be able to finish the Cullins family in short order as it is the one I’d already started. Not done. Of course, there’s plenty of time . . . two days. I have two whole days to work on this. Aren’t I lucky there are 31 days in this month? I have many non-gen things to do but that is beside the point.

Boy have I been distracted. There were several days when I was determined to work on the Cullins. Indeed, they are fascinating people but. . . picture this, I’m sitting at my desk looking at ancestry.com’s John Cullins page on my monitor and then someone walks by me with a steaming bowl of home-made corn chowder. My nose picks up the scent, I sniff the air, my head turns to follow that delicious odor, and I start to float out of my chair. I'm transported out of the 1805 Cullins’ cabin with spoon in hand and feet flapping. Picture, if you will, Ichabod Crane at a party. Yes, it is downright cartoony. Of course, it isn’t literally a bowl of chowder it is more likely a comment someone made on the Oldfield family on Nancy Fidler’s page. (I started this morning with this one.) Since ancestry.com revved up their ‘comment’ section to social media status it has been a banquet of comments (large 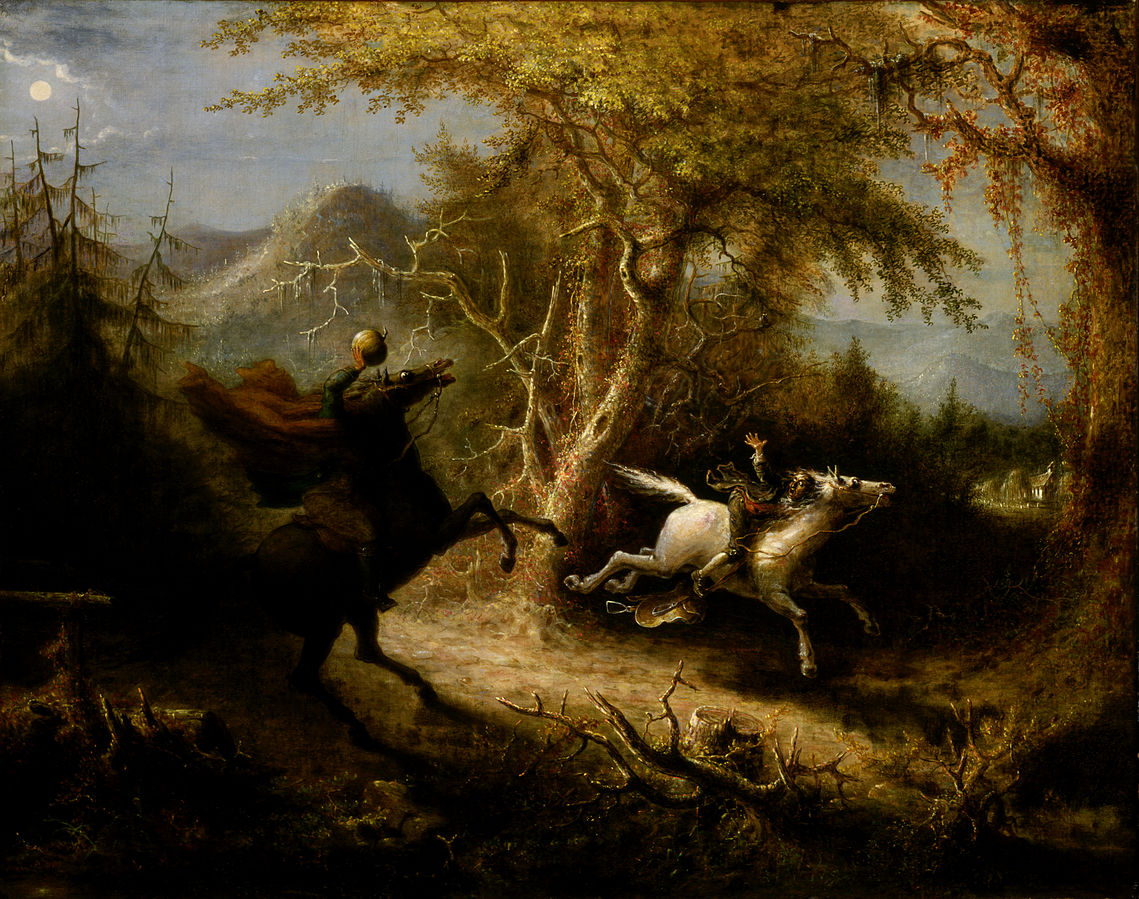 enough to cause nightmares), most of which I’ve had to save to look at later (even with the fear that the headless horseman will soon be riding my way).


Or, it could be that I pulled myself back to the Cullins only to find I’ve somehow gotten wrapped up in the fascinating Vassal family (Yum, pot roast with veggies!), landing in the 1600s. Well, who could resist. You probably haven’t heard of Uncle William who, in my opinion, was one of the most significant men to set foot on our soil. For me he has risen to the ranks of Abe and MLK and FDR. So, you can understand why I was pulled away from the good ol’ Cullins.
I’m switching everything over to a new tree. I try to do some of that every day -- it’s a distraction. In December I found my cousin Stephanie’s daughter on Facebook. There’s so much to catch-up on with her (Hm, chocolate cake!). Oh, but she's not a Cullins. And so it goes . . .
I’m really rock ‘n rollin’ with Facebook. Yesterday I added as friends cousin Patty and her daughter on my father’s side (hamburgers hot off the grill!) and the son of my cousin Susie on my mother’s side (the chips – got to love those Lays).
So you can see each circumstance is a delightful bowl of food passing by Ichabod’s nose.  Old Ic definitely has ADGD. There is no end to the work you can do on your family history. It is absolutely endless.  Still there is a great feeling of satisfaction when you complete a project, which is why every month I’ll work to overcome ADGD!