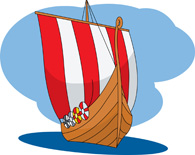 It does seem strange how one family demands attention. It is as if the ghosts of our ancestors are saying 'pick me pick me!' They will not be denied.  As of today there are 38,059 people on my tree. In preparing the Christmas project for 2013 it was the Cullins family that pushed to the fore. (Hannah Cullins was my paternal grandfather’s mother.) Throughout this year I’ve added to the Cullins information and I can’t seem to get away from them.
Ancestry.com sends emails with new hints for our trees. These hints could be for any one of the 38,059 people, although they generally are hints for direct-line ancestors, which narrows the pool significantly.  Still, that is a lot of people. I decided to pick one random hint, do an updated search, and write up a little article for the blog.  It was the Billesby family that was picked out the virtual straw hat. I knew nothing about them but when I looked them up – guess what! – they lead right on down to Hannah Cullins .


As you can see the first Billesby (Billsby, Bilsby) in our family was Cicely born in 1475. Once she married we lost that name, of course, but the DNA flows on down.  So, what of Cicely’s family? It seems that the family of Cicely’s husband, Alexander Langton and the Asfordby family were close, intermarrying neighbors in or around the village of Billesby (now Bilsby, yes it is still there!), Lincolnshire, England. Cicely’s second husband was John Asfordby. 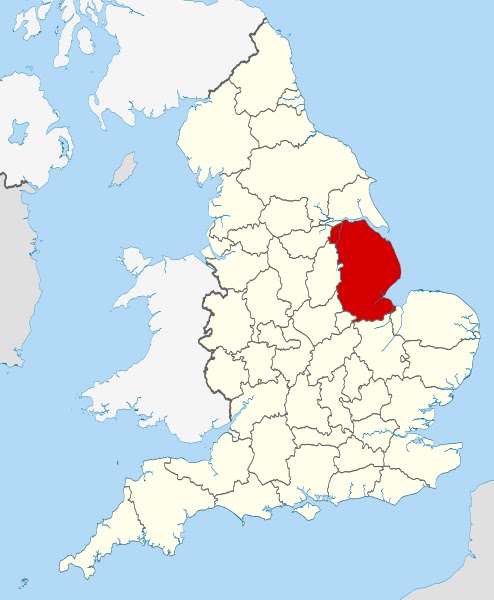 
These days Bilsby is a 10 minute drive to the beach at Sutton on Sea, or a 2 minute jaunt into the market town of Alford, East Lindsey District.  You can read more about Bilsby at http://en.wikipedia.org/wiki/Bilsby
Here is what I’ve gathered from perusing the online information given for the Billesby family. They were likely not Angles or Saxons, or Norman French . . . most likely, they were settlers who came with the marauding Vikings of Norway.  If you haven’t seen the Vikings series on the History Channel I recommend it, especially to my family.  These are your ancestors, colorfully portrayed. (Another of our lines leads back to Ragnar.)  I’ve watched the first season, but there are two more.  Also, look at this article about the Norman Invasion of England http://en.wikipedia.org/wiki/Norman_conquest_of_England#Tostig.27s_raids_and_the_Norwegian_invasion especially the section called Tostig's raids and the Norwegian invasion.


The suggestion that Bilsby (Billesby) was probably named for a Norse goddess, Bil, is another clue that our ancestors were Norwegian settlers. They, of course, didn’t have a 10 minute drive in from the coast, but a few days of trekking would have brought them to the ideal spot for a settlement.  I believe they were there a while before the Norman Invasion of 1066. After the invasion when the Normans were in power they would have granted the Billesby family the land they had already claimed, no doubt, in thanks for aiding in the conquest of England. By the time the Doomsday book recorded Billesby it was a settlement of 18 households.  There was, eventually a castellated and moated house (replaced by the Bilsby House mansion built in 1740 on the same sight). The other dwellings would have been wattle and daub with thatched roofs.


Our family name comes from that first settlement and most likely was of that first land holding Billesby family.  Here is Cicely Billesby’s family tree:


John de Billesby, born 1226, is as far back as the records go at the moment. That is 160 years after the Norman invasion and 140 years after the village of Billesby was listed in the Doomsday book.  The family certainly had a long history in that area prior to the first of our records. This John was my grandchildren’s 23 great grandfather.
Lincolnshire is primarily, even to this day, agricultural and life keeps the slow pace of the seasons. Most likely the landholding Billesby's were Medieval landlord famers with tenets working a good deal of the land. For many more generations Cicely’s descendants remained in Lincolnshire. It wasn’t until 1674 that the brave Billesby descendent, William Asfordby, gathered his wife, Martha Burton, and children and left the land their family had claimed six centuries before and headed for America.  You’ll find some interesting facts about this intrepid ancestor at William Asfordby.

Credits: Thanks to ancestry.com and wikipedia.com﻿
Posted by aquilagold at 1:13 PM