On Joining the DAR 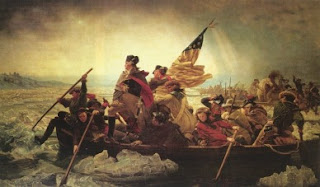 Why join the DAR? I suppose there are portions of the population that haven’t a clue what I’m talking about and need this explained, but the vast majority have at least heard that ‘DAR’ stands for Daughters of the American Revolution, an organization first established in Washington D.C. in 1890 by women celebrating their revolutionary roots. These women stepped up to form their own club after being rejected and excluded from membership in the SAR, or Sons of the American Revolution. Now, doesn’t that sound familiar? The DAR has gone on to surpass the SAR in width and depth, in service, fame, and controversy. Both celebrate the American Revolution and our genealogical roots to the founding of our country.
There are articles about the DAR on their website at www.dar.org and various other informational sites, such as wikipedia.com and encyclopedia.com. I won’t repeat the information here other than to say it is a service, social, and genealogical organization that came to me with confusingly mixed reviews.  I’m at the beginning of my approach to membership and will chronicle the journey for others who might like to follow.


My personal involvement with the group has a little history. I started doing genealogy with my paternal grandmother when I was 11 years old. She was proud of her family and we spent summers putting together photo albums and talking about the old folks. She grew up in small town Iowa where 100% of the population was white, most of them were farmers or in farm related businesses and anyone who was anybody belonged to a local church, the Masons or Elks or other service group if you were a man; and with a Mason husband you belonged to the Eastern Star. This was her world. It was a world of helping neighbors build or harvest or quilt. It was a world of patriotism and honoring the flag (which you brought in from the rain or snow, and which you never let touch the ground). It was not an era without problems. There aren’t any of those. But it was a kinder, gentler world where there were no locks on doors and neighbors helped neighbors.
I grew up in the city with roots in the Baptist, Democrat, union beliefs of my mother’s family. But, oh did I love my Methodist, Republican, Masonic and Eastern Star grandparents of Northeastern Iowa. I loved the world of small town politics (my grandfather ran for office), ice cream socials, feeding harvest crews, family reunions, and social evenings of bridge.

I must have been a teen when my grandmother handed me a small book containing the genealogy of the Rowland’s  (her maiden name). With it, she proudly announced that I should be able to join the DAR – something I hadn’t thought about previously. Why she didn’t join is a mystery. She was college educated and a teacher with the skills to pursue a membership, but that quest she bequeathed to me. A child of divorce, maybe she thought it would tie me closer to my father’s family.

But then, in my Democratic soul I heard of Eleanor Roosevelt’s resignation from the DAR over their racial attitudes and the shunning of the opera singer, Marian Anderson, and I put membership out of mind as being impossible. My roots run deep on both sides of the family with abolitionists, underground railroaders, and followers of John Brown. How could I be a member of such an organization? It may be why my grandmother didn't join, and she passed to me with the hope that attitudes would change within the DAR.


Of course, the group, spurred by Eleanor and the times has changed and they welcome women of color as long as they have roots in the Revolution; and they have promotional photos sprinkled with faces of various hues. Still, I’m not much of a joiner and membership hasn’t been a priority.  Now, at 71, I’m looking to please my grandmother, who I imagine as watching over me and my long genealogical journey; and to open the way for my daughters and granddaughters to be DAR and my son and grandsons to be SAR if they choose.
After a lifetime of research and building the family tree I find I have many choices from the revolutionary soldiers in the family. Prior to 2012 I’d hoped to join with a line on my mother’s side so that she could also join. Time got away from me, my mother left us, and I still haven’t joined. Now I’m considering a membership based on the Cullins family – really an odd choice as they are not my mother’s family nor are they my paternal grandmother’s family, but instead are my paternal grandfather’s family.


I was amazed at my family’s involvement in the establishment of Ohio after the Northwest Territory opened for development. The Cullins family was one of those pioneering families that moved into the wilderness, coming up from Virginia or what became West Virginia. And, my joining the DAR through this line rests on the fact that John Cullins (listed with the DAR as Cullens) was the first family member I found that had already been established in the DAR genealogy databank. Someone else has laid the groundwork and what I need to do is prove our family connection and voilà I can be a member – or, at least I hope so.
This then, is the beginning of my membership journey.  It has been a mixed bag so far. About 4 or 5 years ago I enthusiastically contacted, via email, a woman in my area (north costal San Diego County) about help in the application process. She was designated as a contact person, but I never heard from her. I let it drop. Then at the beginning of September 2015 I tried once again – pulling a contact off the Internet for the state-level organization. I heard back immediately from the membership chair for the state of California and I thought I was on my way. She promised that I would hear from a local member who could help me with the application.  By the end of September I still hadn’t heard from that local person. This time, instead of letting it drop I wrote that helpful woman at the state level once again. There is a chapter in the city where I live and she tracked them down immediately.


I have now heard from a local person, who has invited me to a meeting at the country club. Figures – I'm afraid I’ll be a poor donkey in the midst of a herd of well-heeled elephants – but this is Oceanside and not San Diego, so we’ll see. The DAR is a genealogical, social and service organization but I can't help but see it in political terms. I wonder if there'll be any other Bernie Sanders supporters in the group?
I want to meet with someone and finish my initial application before venturing into a meeting. We’ll see how this goes.