Does anyone know a biography of George Washington that makes him come alive as a person? I get John Adams, and Thomas Jefferson, Paul Revere, and Old Ben Franklin they and most other historical figures have personalities that travel through the years and you have a sense of the person behind the dry facts or the colorful myths.  But George Washington? For me he comes across as a blank, he’s smoke, a symbol without personality. He just isn’t there. I’m sorry I find him soulless and vacant and that he seems to be a place-holder. Am I the only one that feels this way? Reading the cherry tree story and visiting Mt Vernon, his lovely estate, didn’t do it. I know he was a soldier and planter, but that doesn't do it. To me Washington is a dollar bill, a monument, a city and a state – and now a county in Ohio.  All of them honor George, the Father of our County, but was he a significant personality in his time or just a convenient, albeit, zero to put on a pedestal?


Washington was the first county in what would be Ohio and was established in 1788.  The first settlement was Marietta.  In 1799 our ancestor, Samuel Garen, then living in Wellsburg, Brook County, (W) Virginia received his first deed for land in Washington County – making the Garen family (my mother’s mother’s people) one of the earliest into the territory. Sam and his wife, Jane (aka Jeany) traveled some miles up the Muskingum River Valley from Marietta and built their home in the wilderness near Waterford. By 1810 when the first census was taken Samuel Garen had a household with 4 males over 10 years, 3 males under 10, 2 females over 10,  and 3 under 10.  One can only imagine what facing the wilderness was like. Nor was the land vacant. There were plenty of Native Americans living there that didn’t recognize “ownership” of land.
These days a portion of Wayne National Forest is part of this 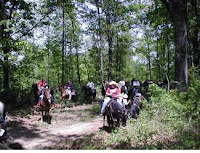 Appalachian county. Coal was mined; the area has lost jobs and population. There are 2 cities, 5 villages and 22 townships chock full of activities and natural beauty, and great people who take pride in their communities. I will definitely want to see where Samuel conquered the wilderness and built his homestead.  Maybe we can take a boat up the Muskingum. Did you know it flows north?


This is one of those odd Saturday mornings where I have a long list of “to dos” and am hopping from one thing to another – clean part of the kitchen, catch up on email, polish those super tarnished spoons, write the history page for Washington County, make a phone call I should have made 2 months ago, start the blog post. . .  As you can see, I’m trying not to sit at the computer all morning and one of the best ways to accomplish that is to do housework during the breaks. The work is endless – as all housekeeping and genealogy are, so it is good to mix it up and get a few things done I’ve been putting off. 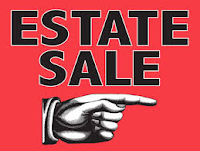 Tarnished spoons?  Who actually uses silver or silver plate that needs polishing these days? I’ve sworn off stopping at the estate sales of those recently deceased. It is too depressing. Their junk is out for sale. I never seem to arrive when anything of value is left. I feel kind of guilty picking through their once loved things. It is different than the usual garage sale where people are just thinning out their stuff.  Estate sales, except in wealthy areas, tend to be a bit grim.  What grandma saved as dear has no meaning or value to anyone else.  Occasionally I’m drawn in looking for a good out-of-print book or two. One day I stopped and found no books but in the kitchen there were five, delicate, old, and very tarnished silver (plate) iced tea spoons.  You know, the long ones that can reach the sugar at the bottom of the glass.

I bought the tarnished spoons that had been treasured but neglected by someone else’s grandmother with the intent of cleaning them right away and putting them to use. Didn’t happen. The stuff under my sink was a jumble and I couldn’t find the silver polish. Yesterday the plumber was here – lettuce – don’t put lettuce in the garbage disposal it is a great clogger that creates a dirty fountain in your kitchen! Once the plumber had pulled everything out of the cupboard I used that ‘opportunity’ to give myself a clean and well-ordered space for dish soap and the like.  And there – of course – was the silver polish. There are now five delicate, glowing ice tea spoons on the counter. And, they are loved once more.

Posted by aquilagold at 1:49 PM