[Portsmouth was chosen as county seat because it would be high and dry and safe from flooding. At the bottom of the post is a YouTube of the 1937 Flood in Portsmouth. It is very long but worth an eye-popping look. You may want to turn it on and listen to the music while you peruse the post.]

Labor Day, that extra Monday off from work is welcomed every year in my home by birthdays and the start of the school year. I’ve given little thought to the holiday otherwise. Considering it was established to honor the American Labor Movement and all the ‘blood, sweat, and tears’ that went into the fight for better hours, better working conditions, and a decent minimum wage it is amazing that management is let out to play.  There are still workers who have to work on Labor Day while the rest of us recreate.  Possibly it should be a weekend of only management working if they want to keep their businesses open. They can sling hamburgers or clerk behind the counters as a thank you to those who labor the rest of the year. My hat is off to businesses like Costco who close and let everyone have a day off to picnic and relax.
From all reports Scioto County, Ohio really celebrates the holiday in a big way and I’m happy that my focus was on that Ohio River County yesterday. Traditionally they’ve held “River Days” with a parade, a pageant that selects a high school beauty queen, and boat races on the river. People turn out with their picnic baskets and barbecues. The more I study Ohio the more I think of it as the quintessential American state. And, what could be more American than Labor Day in Portsmouth, Ohio!

Portsmouth is the county seat of Scioto County and is at the confluence of the Ohio and Scioto rivers. Water plays a big role here – boating, water sports, and in the early days, especially, water transportation. Add to the mix the Ohio-Erie Canal and that’s a lot of water. All that water flows through this beautiful, hilly, and forested Appalachian county. It is part of the Unglaciated Allegheny Plateau.  The largest city in this plateau is Pittsburgh. Part of the Wayne National Forest is in Scioto County and is the only National Forest in the state. The county also has Shawnee State Park which is hilly, forested and has great hiking trails; and it also has a lodge, a golf course, and a marina. If they have horse trails I’d say it pretty much has it all. If you find me in Scioto County this is where I’ll be! Scioto is an Indian word meaning deer, there’s lots of deer habitat here. 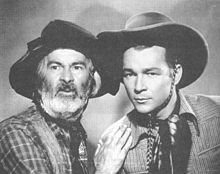 The county is mostly rural with some small manufacturing. They used to make shoelaces and shoes here. It is a county that has lost population in the past few decades. It is the home of Shawnee State University.  There seems no doubt which Native American tribe predominated as the name Shawnee keeps popping up. Speaking of cowboys and Indians – okay we weren’t speaking of cowboys . . . but this is the birthplace of Leonard Franklin Slye.  Who? That would be Roy Rogers.
For those too young to see him on anything but old TV reruns, he was a mega-star in the 1950. Huge. I had brown corduroy Roy Rogers jacket . . . and it was oh so cool to carry a Roy Roger lunchbox to school. He made many movies – most of those before my time. As kids we grew up with Roy Rogers, Dale Evans, sidekick Gabby Hayes, Bullet the German shepherd, and Trigger the palomino. They visited our homes every Saturday morning.
There must be a great baseball program in Scioto County as it is also the birthplace of many professional baseball players. If Scioto County is a place to leave when you grow up it is also a place of beauty to visit.  The first week of August it holds the largest County Fair in the state. Put it on the calendar!

Posted by aquilagold at 5:48 PM