What’s next . . .? It was August 2012 when I launched this blog with a family history focus. After 20 posts – a mixed-bag of stuff – and one year later in August 2013, with the post “18 or 5 to 2” the blog rolled into a new purpose.  That was my venture into exploring Ohio - the Christmas book project (and by the way a new diet and healthier lifestyle). It was like riding the rails - rolling through a foreign, and yet American, land. I was an Internet hobo tumbling off the train into 19 counties to see what they had to offer that explained themselves currently and historically.
If you go back to look at “18 or 5 to 2” scoot to the bottom and ramp up Chicago singing “25 or 6 to 4”  – music to read by. Having looked at the counties (I’d say fair sampling) in 22 posts it was time to hitch a ride on a small plane

and take an over-view of Ohio itself. Since I was the visitor it seemed best to let Ohioans speak, and the next 13 posts feature Ohio as shown to us by the creative folks on YouTube who live in and love their state.
I loved the YouTubes so much I wish I could keep going with them . . . but it is off purpose. The 20 pages (19 counties, plus Ohio) have been designed, written, printed and collated for the book and it’s time to move on.
You know what is wonderful about big projects? You don’t have to know it all at the beginning. You have an idea, you get started . . . and what to do is revealed as you go. I’m a late-bloomer. It took me a long time to learn this. I wonder how many great things I’ve not accomplished because when the idea came it seemed too overwhelming. I didn’t have a clue “how to do that.” I’d be stymied or discouraged. The truth is, though, that you don’t need to know how to do it all at once, you only need to take the first step. Embrace that big idea and know you can . . . then start taking baby steps and the way opens up. We’re not alone. God, or the Universe, or the higher power (whatever your view on this) provides and all you need is to be open and receive those nudges, Ah Ha moments and quiet inspirations that move your mountain. 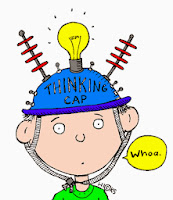 Sometimes you'll have an idea . . . you've given your best . . . and it is not working, in fact, it is wasting your precious time. Be disappointed for a beat, take what you've learned, and change focus. I've given up on a PhD and a career in academia, I couldn't fit it in.  Another truth – our lifetime is finite. We need to choose carefully how to use it. What is really important?