I’m feeling my way around an elephant wearing a blindfold. No, that’s not right – the elephant isn’t wearing the blindfold. Let’s try again.  It seems like I’m wearing a blindfold and feeling my way around an elephant. That’s kind of what it feels like to describe counties you’ve never seen.  All I know is what I find on the computer. That’s not a bad thing; of course, there is a lot of information out there. But, how does it feel? 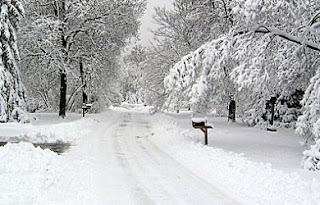 Today I did get a feeling and it was very cold.  My body did an involuntary shiver. I came to a website – and I’ve lost it now – which was for a township in Clermont County, Ohio.  One of the things they sponsored was a winter photography contest.  So many of the photos I've seen of Ohio are green and warm. These winter photos reminded me of the reality – it gets very cold there and sometimes lots of snow falls. Brrrr! Others have waxed poetic. While Googling the photo contest I was directed to the whimsical Ohio Winter Poem posted on Jo Dupree's blog. Love it! I grew up in Iowa with sub-zero temperatures, snow, and random blizzards.  But, since I was young I haven’t lived anywhere that snows – unless you count trips to the mountains for recreation.  I’m not sure I could handle winter anymore.


Another feeling I had for Clermont County came from its proximity to Cincinnati. These days it must be a bedroom community for the city.  I know how that feels and I remember watching and experiencing mostly rural Seminole County, Florida turn into a bedroom community for Orlando. I know the feeling of being in that outlying county and still living close enough that when Dad called to say, “Hey, let’s go see the Orlando Magic play tonight!” it was doable. That would be like running in from Clermont County to watch the Reds play baseball.   Well, actually, this past weekend I could have called a friend to say - "Let's go watch the Padres play the Reds - they were in San Diego - so you don't have to be in Clermont County to see the Reds win.
What I’m looking for is what it was like when my ancestors arrived. Andrew and Catherine Apple were very early settlers in Batavia Township, Clermont County. They came from Pennsylvania and walked inland away from the Ohio River with its floods and pirates. Sometime before 1798 they purchased 2100 acres of wilderness, cleared the land, and raised eleven children. They probably had a hand in starting the small community of Olive Branch.  There once was a post office there but no longer – the only thing left is the cemetery where Andrew and Catherine are buried.
David Kennedy reported on findagrave.com that Andrew gave each of his children 150 acres.  I’m sure the old folks were hoping their children would settle around them.  That didn’t seem to work as the siren call of fresh lands in Indiana drew the children away. Andrew and Catherine were my 6th great grandparents. Their daughter, Anna Maria, married a Clermont County boy, Peter Bolender and off they went to Indiana.  You just can’t hold ‘em down when the West is calling.  I wonder, once they moved to Indiana . . . did they ever see their parents again?  I do know that in Indiana some of their siblings were near. Maybe 2100 acres became an anchor instead of a blessing.


Clermont County has a rich and interesting history. You will find the highlights at
www.clermont-county-history.org